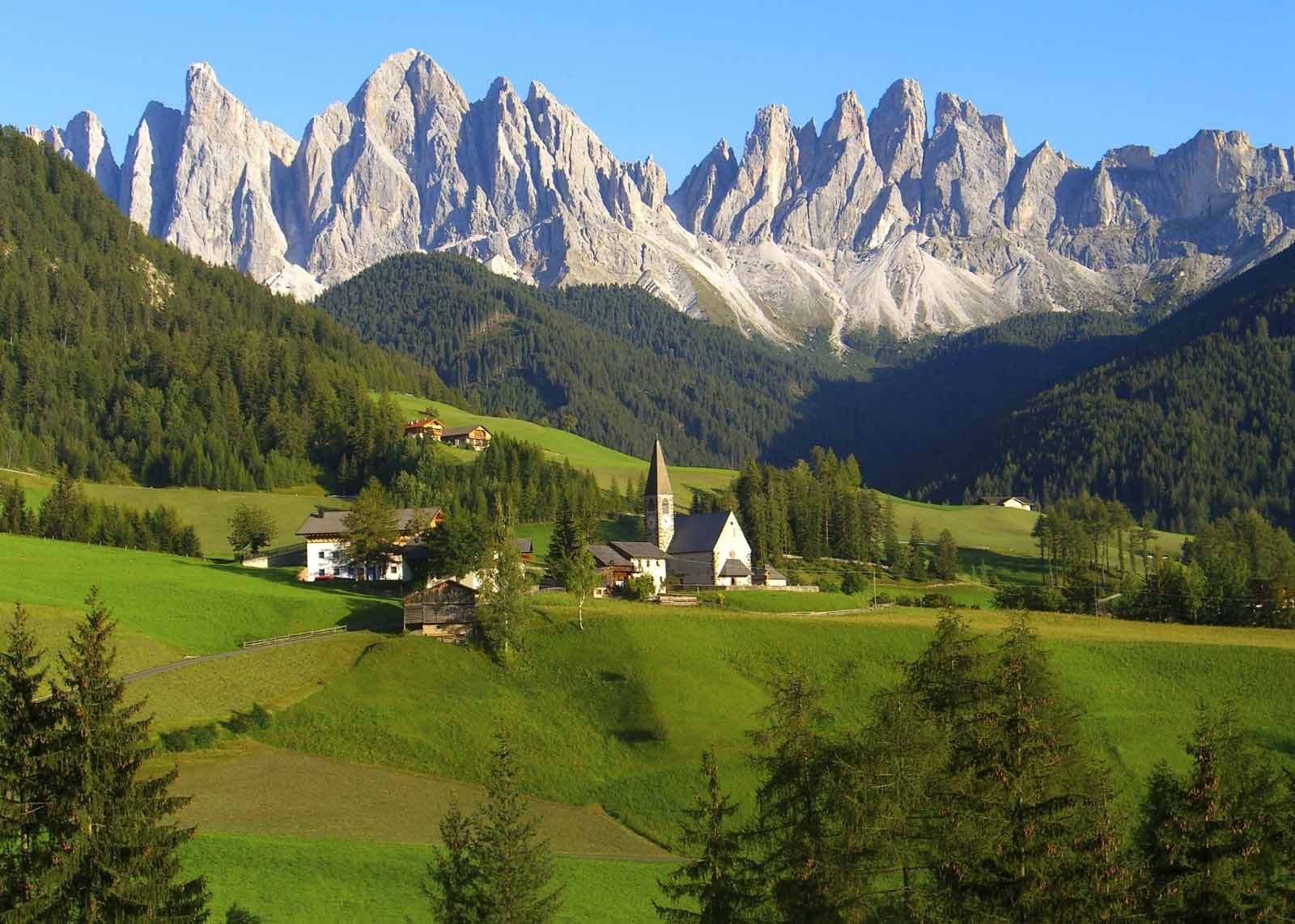 Bizarre rocks and majestic peaks characterise the UNESCO World Heritage Site Dolomites, also referred to as “pale mountains”.
The Dolomites are characterised by rugged and bizarre rock formations and are a mountain chain belonging to the southern Limestone Alps. The Dolomites can harken back on a 200-million-year long history and they belong to five different Italian provinces, which are South Tyrol, Trentino, Belluno, Udine and Pordenone.
At sunset the “monti pallidi”, which means pale mountains, as they are also referred to, appear in a red light, which is an amazing natural spectacle. However, due to the beauty and special geology, which gives an insight into several different stages of the history of earth, the Dolomite mountains have officially been added to the UNESCO World Heritage Site list on Friday, June 26, 2009.
Another characteristic of the Dolomites is the abrupt alternation of bizarre rocks and gentle meadows. Moreover the Dolomites are perfect for alpine sports such as mountaineering and hiking. There are for instance ten different long-distance hiking trails snaking in this mountain chain.
Highest peak: Marmolada (3,342 m) First ascent of the Marmolada: 3rd August 1802 (Don Giovanni Costadedòi, Don Giuseppe Terza, Don Tommaso Pezzei) Major subgroups: Sella, Catinaccio, Gruppo Puez Odle, Sciliar, Gruppo Latemar, Dolomiti di Braies, Dolomiti di Sesto Area: South Tyrol, Trentino, Belluno, Udine, Pordenone (all of them in Italy)