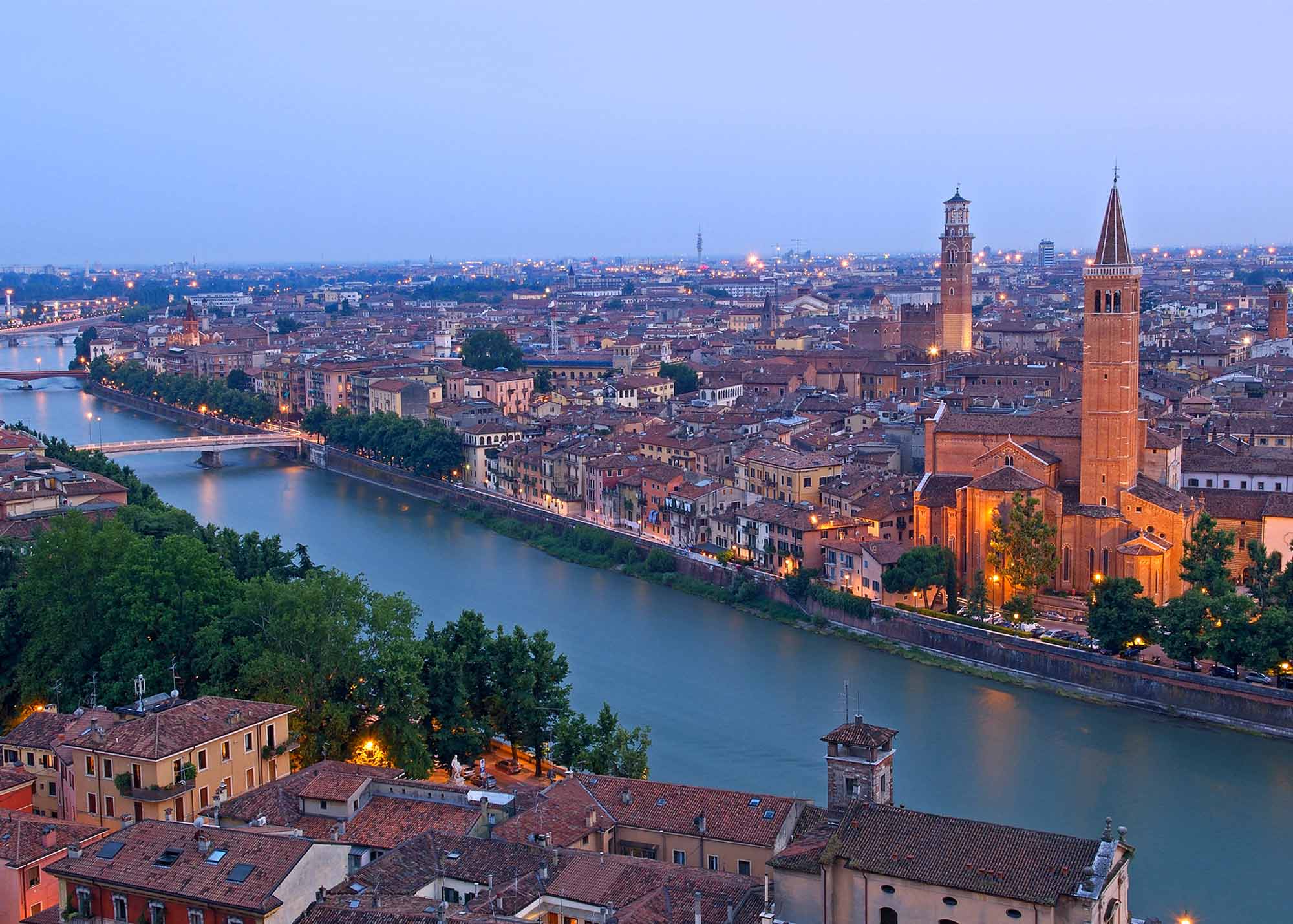 Verona is situated on both sides of the Adige river and has a picturesque Old Town with numerous historical buildings, many of which belong to the UNESCO World Heritage and reflect the turbulent history of the city.
Madonna Verona Especially worth seeing is the historic centre of the medieval city republic with the Piazza delle Erbe – market place, shopping centre and forum. It is one of the most beautiful places in Italy, surrounded by splendid palaces, middle class houses, towers and the city’s landmark in its centre – the fountain with Madonna Verona who is still today watching over the lively hustle and bustle of the market.

The most famous sight in Verona is the amphitheatre, the Arena, completed around 30 AD. With a total length of 139 meters and a width of 110 meters it is one of the largest amphitheatres in the world and, after the one in Rome, the best preserved in Italy. It can seat some 25,000 spectators in its 44 tiers of marble seats. Originally used in a traditional way, it is today the setting for monumental opera performances produced for the famous opera festivals which take place every year.
Verona piazza dei signori with Dante statue In the immediate neighbourhood of the Piazza delle Erbe, there is the Piazza dei Signori with a statue of Dante in its centre, Verona Juliet’s Balcony It is the most aristocratic place in the city and commonly called “Verona’s salon”.
Also close to Piazza delle Erbe the house of Juliet, the ‘Casa di Giulietta’ can be found. The famous balcony in the small inner court, where Romeo and Juliet promised each other eternal love, has a magic attraction for countless visitors every year